Slugs and voles are becoming major problems on some farms.  One farmer lost 80 acres to slugs, another 40 acres.  Slugs and voles prefer moist, wet conditions, slow crop growth, and lush vegetation.  Unfortunately, there is no one management practice that reduces either pest.  It requires a coordinated attack which begins in the fall as grain crops are being harvested. 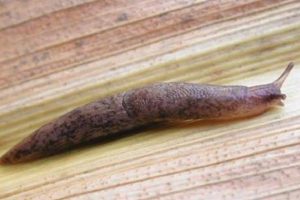 Both slugs and voles have several weaknesses.  First, their populations are cyclical, peaking and crashing about every 2-5 years.  Extremely cold winter weather with little protection, greatly reduces both pests.  Slugs burrow deep into the soil, but when the soil frost line meets the water table during a deep freeze, many slugs perish.  Voles do not hibernate but need 40% more energy in the winter to survive.  Cold weather without snow or heavy vegetation greatly reduces pest numbers.  Mowing a cover crop down to 8 inches or planting species that 50% winter kill helps reduce pest populations. Mowing reduces cover (insulation from the cold) and does not allow the cover crops to go to seed, reducing a food source.  Drilling cover crops is the best seeding method because broadcast seed is a food source for slugs and voles but getting cover crops drilled in a timely manner after harvest is difficult.

The gray garden slug lays over 500 eggs in the spring and fall and is the main Ohio slug pest. The marsh slug is a black color and more common closer to Lake Erie.  Slugs lay their eggs in the crop residue so several practices can reduce their numbers.  Chop and spread crop residue evenly throughout the field at harvest.  Rotary hoeing residue in the fall/spring fluffs up residue, drying out the environment and disrupts many slug eggs.  In addition, to eliminate a few voles, rotary hoe in early morning or close to dusk, which catches some voles foraging for food or take out vole nests on the soil surface.

For slug control, cover crop species selection is critical.  Planting Daikon radish in a cover crop mix at 1-2 pounds per acre before October 1st may help.  Slugs eat sweet Daikon radish but cannot process the sulfur in the radish and cannot pass the gas which builds up in their lungs until they explode. Six farmers have contacted me about extensive slug damage in one field, but very little in a nearby field.  In each case, they planted radish and had very little damage, while the other field had extensive damage but no radish was planted.  Ohio State University laboratory research showed that slugs consuming radish roots and leaves did not survive. Cover crops like cereal rye or winter peas planted as a trap crop in corn reduces slug feeding.  Trap crops are not as effective in soybeans. Slugs like cereal rye, winter peas, rape, and soybeans but seem to dislike crimson clover, sunflower, and chicory.

To monitor slugs, place shingles or large boards in 5 field locations on the soil surface and check after 1 week. There is no economic threshold, but more than 4-5 slugs per shingle or board may indicate a high slug population. Also check for natural predators which include black ground beetles, centipedes and millipedes, rove beetles, soldier beetles, wolf spiders, daddy long legs (spider) and fire flies. Most birds consume slugs including starlings (6% of their diet) and song birds (robins, blackbirds, thrushes, rooks, crows, jays). 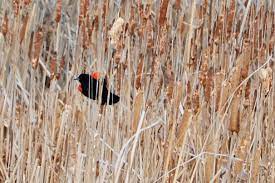 Neo-nicotinoid seed treatment insecticides (Cruiser, Poncho, Goucho) have been shown to decrease soybean yields 5% where slugs were prevalent because they knock out beneficial insect predators (Douglas et al. 2015).  Use alternative insecticides or untreated seed to allow beneficial insects predators to recover. Baits like Metealdehyde and/or Iron Phosphate effectiveness varies and they can be expensive.  Baits often mold and need to be ingested at high rates to terminate slugs, but slug bait avoidance may occur. Tillage may help, but no practice is more than 60% effective alone, so combinations of slug control practices are needed.

For vole control, rat terriers or small dogs are very effective.  One Michigan farmer killed 250 voles in 2 hours with three rat terriers.  Steel posts (10 feet tall) with a 12-inch welded bar make great perches for owls and hawks.  Paint the perch a bright color so it’s easy to see and find in the spring.  Deer like to rub against the perches and knock them over. Slugs and voles are an issue, however controlling their populations starts with good management in the fall.