The best weed control is a growing crop

The best weed control is a growing crop. This is one of the lessons re-learned in 2019 according to a couple of long time agricultural chemical company representatives.

“The earth was meant to be covered. If there is not a crop growing, nature is going to cover itself. Something is going to grow,” said Neil Badehnop, sales representative for Valent USA. “Overall weed control is done by the growing crop, and if the intended crop is not planted, something else will grow — in this case, it will be weeds.”

In his over 28 years monitoring the weed situation across Ohio, Badenhop has seen first hand the reality of the old saying “Weeds beget weeds.” In those fields that were left bare and weeds were not properly controlled and allowed to go to seed, there was the potential for a huge build-up in the weed seed bank. 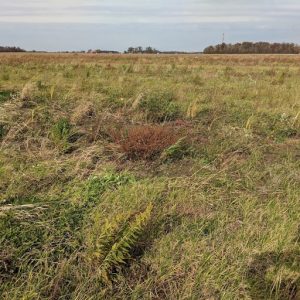 “It will be a fight. It could be a 5- to 10-year battle to get back to where some fields were in terms of overcoming the build-up of the weed seed bank,” Badenhop said.

Weed identification has become a bit of a lost art, but is as important today as ever.

“Instead of using some of the old weed ID guides to specifically identify the individual species of weed which a farmer was dealing with, the new form of weed identification seems to have come wrapped in a jug with chemistry,” Badenhop said. “Lately it seems instead of planning the attack based on which specific weeds are causing the problem, now broadly defined weed complexes are targeted with chemistry.”

Badenhop is concerned that this could give some farmers a false sense of security.

“It’s not business as usual,” Badenhop said. “Just because weed control programs have been done the same way for some time, farmers need to be reminded that the weeds are evolving and changing. The farmer cannot be slow to evolve. He cannot keep doing the same thing as if weed control is just business as usual. We need to ask ourselves, am I pushing the envelope to be a better farmer and weed manager, or am I just being content to do what I’ve always done instead of staying ahead of the rapidly changing weed complex.”

To set a crop up for successful weed control, it is important to have a management plan in place. “Farmers really need to plan for one pass in the fall followed by two passes in the spring — early burndown/pre-emerge followed by a post-emerge. Three total herbicide passes are probably what it is going to take to get back ahead of the weed seed bank build-up, especially with tough to kill weeds like waterhemp, palmer amaranth, marestail and giant ragweed,” Badenhop said.

According to Ohio State University Extension research, most residual herbicides — with the exception of chlorimuron (Canopy/Cloak)— dissipate over the winter and fail to provide any control of spring-emerging weeds.

Those same sentiments were reflected by another knowledgeable agriculturalist who has been monitoring the weed scene for multiple decades.

“Effective soybean weed control really starts in the fall,” said Don Schneider, business representative for BASF. “Farmers need to pay attention to what is out there in the fall, and get control of it.”

“The next 6 weeks are a prime time to go after weeds like dandelion, chickweed, and marestail. A product like Distinct along with 2,4-D will take out the broadleaf weeds, and the addition of glyphosate will help with the grasses. Often the bluegrass clumps can get missed if glyphosate is not added and grow in the late fall,” Schneider said. “A lesson a lot of farmers learned this year is how valuable a growing crop is to suppress weeds. A crop is needed after the herbicides to control weeds. We quickly forget how much an established crop will canopy and out compete weeds in a field. This year, for fields without a crop, the weed pressure just kept coming.”