The 2023 National Farm Bill discussions are now beginning. With a new administration; climate change, water quality, and new air emission standards are expected to be a big part of the discussion.  Farmers need to pay attention to these discussions and get involved with making their views known before the Farm Bill becomes law.

The impact of agriculture on climate change will be a key discussion.  Our climate has been changing since the Earth was born.  During the Wisconsin glaciation (24,000-26,000 years ago), Ohio glaciers and ice reached its maximum extent and ended roughly 12,000 years ago.  However, around 55 million years ago, the artic circle was balmy with alligators and palm trees, and Ohio was mostly likely under water. Natural causes of climate change include solar variations in sun activity (sun spots), volcanic eruptions, the tilt and rotation of the earth’s axis, and other internal variability.  Since the 1800’s, human climate change factors include the increased use of fossil fuels, land use changes (deforestations, bare soils), the increased use of nitrogen fertilizer, and fluorinated gasses.  Climate discussions are difficult and complicated because no scientist knows exactly how much impact humans have on climate change. 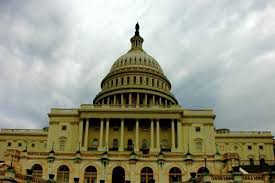 Water quality management discussions will also be debated.  Jim Mobley, (retired national Ohio USDA official) at the Ohio No-till Conference stated that long-term no-till and cover crops could have 2.5X more impact on water quality than conventional tillage.  The 2021 National Resource Inventory (NRI) shows that national soil erosion rates have declined from 7.6 ton/acre down to 4.6 tons/acre with improved conservation practices. Soil erosion is a key contributor to nutrient runoff of nitrogen and phosphorus.  The natural rate of soil formation is around 0.5 ton/year, so on average our nation is still losing soil 9x faster than it is being generated.  Soil formation occurs when rocks break down naturally into sand, then silt, then clay over time.  No-till soils that are fully vegetated (cover crops, grass, thick hay fields) lose soil in pounds not tons, and keep soil nutrients recycling, reducing nutrient runoff into our surface water.

Air emissions from agriculture will also be hotly discussed.  Air emissions include carbon dioxide (CO2), methane (CH4) and nitrous oxide (N2O).  About 20% of atmospheric carbon dioxide comes from tilled land.  Carbon dioxide is needed for crop production and plant growth, so limiting atmospheric carbon dioxide may not be practical. Methane has 72X higher global warming potential (GWP) and nitrous oxide 265-310X higher GWP than carbon dioxide.  Methane gasses are associated with manure and livestock (cow burping), however; around 60 million bison lived in the USA which have now been replaced by domestic livestock.  The increased use of nitrogen fertilizer increases nitrous oxide emissions and farmer might expect more regulation in this area.  Increased atmospheric water vapor also increases atmospheric air temperatures, is not often discussed, and is associated with bare soils and less vegetation.  Increasing soil organic matter and using legume cover crops may help reduce nitrogen fertilizer needs and vegetate our soil for a partial solution. 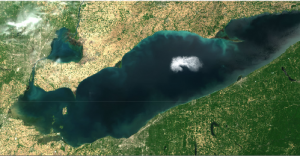 In Pennsylvania, about 65% of corn and 75% of soybeans and wheat are no-tilled and have cover crops with dramatic improvements in Chesapeake Bay water quality.  In Ohio, only 5-10% of corn is no-tilled with or without cover crops. All Lake Erie water exits the St. Lawrence River in about 3 years, so water quality improvements could be dramatic; however, it would require a high level of farmer conservation participation (no-till, cover crops, other practices) to work.

Jim Mosley, retired USDA official, floated the idea of the federal government paying farmers $80-$100 per acre to make the transition to no-till and cover crops. An alternative proposition would highly subsidize government crop insurance for no-till and cover crop farmers to insure against any potential losses for a 3-5 period of time.  When crop prices are high, it takes more incentives to change farming practices due to increased risk.  Most farmers want to farm sustainably by using good environmental practices, but they also have to survive.  Let’s keep talking!