Farmers consistently attempt to increase crop yields but may not know which factors are important.  Yield is influenced by climate and temperature, plant and water management, and soil nutrient management factors.  Good genetics plus the ability to manipulate and optimize the plant’s environment generally result in the highest yields. 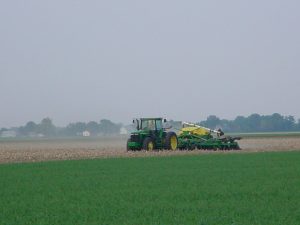 Ideally, try to plant both corn and soybeans when soil temperatures reach 550F to optimize yields.  With large acreage that may not be possible but avoid planting early if conditions are poor.

Larger differences in day and night temperatures reduces plants respiration and allows more carbohydrates to be stored, important in wheat yields.  Temperatures above 800F tend to cause wheat to mature quicker, reducing yields. Longer day lengths stimulate solar radiation and increases photosynthesis in plant leaves. Plant growth rates increases up to June 21st then starts decreasing after that date.  Alaska, with it’s long day length, can produce bumper crops of cold tolerant plants like cabbage even though they have a short growing season.

Farmers often manipulate plant management factors to increase yield.  Wide plant spacing or planting fewer plants in an area reduces competition among plant roots and enhances canopy growth.  Last year, I had a single corn plant in the open by itself produce 9 ears, with 2.5 viable ears.  Most farmers increase plant populations to maximize yield, but it is possible to get higher yields with lower population because solar energy is affected by plant spacing.  With more exposure to sunlight, photosynthesis increases and there is more aeration in the canopy. 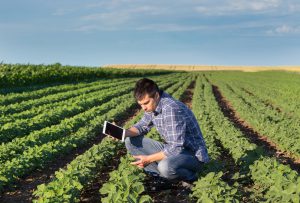 Orienting crops leaves relative to the path of the sunlight reduces weed pressure and increases crop photosynthesis. The impact of row orientation varies with latitude and the seasonal tilt of the earth’s rotation.  The further North, planting East-West is preferred; while the further South around the equator, North-South is better.